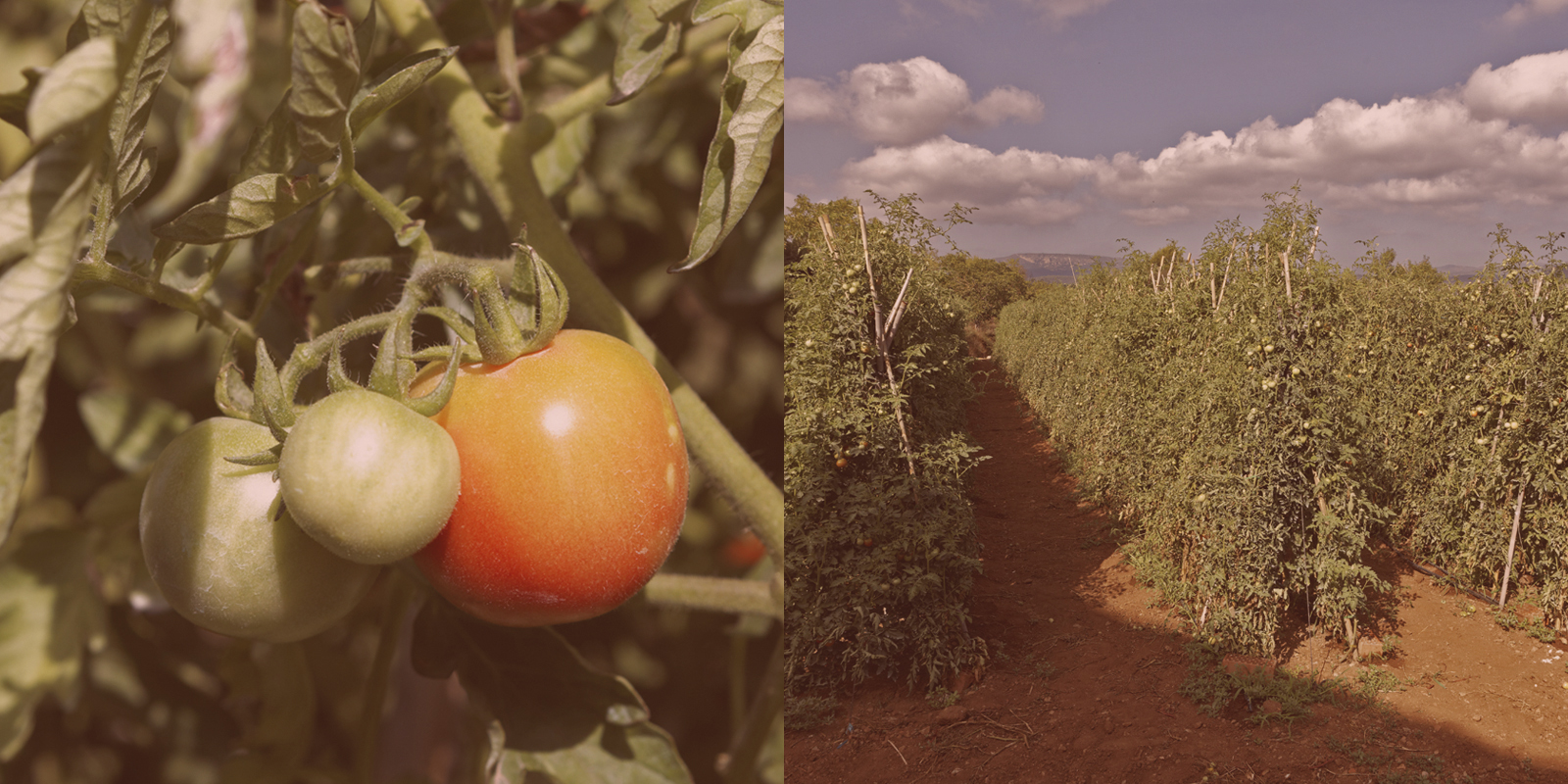 Rubby Tomatoes are produced by the Spanish firm Mas dels Fumeros, a family company that has preserved their traditions for centuries. In fact, more than 3 generations of farmers have contributed to enhancing the product.

From the natural farming methods to the distinctive hand-stitched bunches in which they present their tomatoes; the product is 100% artisanal. This love for the authentic is what makes the fruit special, turning regular tomatoes in genuine rub(b)ies to rub.

The crops are located in the rural area of Les Useres, in the north of Valencian Country. Its privileged situation (just 30km from the Mediterranean Sea and a height of 400 meters over sea level) and the benevolent climate are central elements for the characteristic flavour of the tomatoes: Taste the Mediterranean!

Rubby Tomatoes (By Mas dels Fumeros) is one of the largest producers of this valued variety of tomato (tomate de penjar) in Spain, spreading the Mediterranean taste to the whole peninsula and to other European countries such as France, Germany, Netherland or United Kingdom